Even when business owners see the benefits, they might worry about the tactical and practical demands of migrating everything from on-premise storage to the cloud. Is such a move truly vital? And if so, then how should it be carried out?

In this article, we’re first going to recap the major benefits of moving to the cloud, considering the technical merits and the broader implications for the business world. We’ll then cover why Azure is a smart choice, particularly for SQL users. After that, we’ll run through a hypothetical assessment pre-migration for Windows 2008 r2 Servers, reaching the end of support on January 14, 2020.

Since you’ve clicked on this piece, it’s reasonable to assume that you know the fundamental purpose of Microsoft Azure, but you may be looking for some extra clarity on why exactly it’s so important to migrate your customers operation to a cloud-based system. Here are some core motivators:

For all of these reasons (and many more), now is the right time for anyone still using traditional server architecture to make the move. It’ll save money, improve power, flexibility and convenience, and avoid the security issues abundant in end-of-life systems.

Let’s use the example of SQL Server. If a business has been running a business database for quite some time, there’s an excellent chance that it’s running on a n SQL Server. Even leaving aside the cloud benefits we just covered, that’s a major problem: numerous SQL Server instalments across the board are entering end-of-life support, meaning that they’re no longer being updated. Most notably is the Microsoft SQL Server 2008 end of support that happened in July 2019.

Some of the latest SQL Server versions will be supported for years to come, but this isn’t as significant as it sounds. Due to the inflexibility of operational infrastructure, most companies using SQL Server run outdated versions, in some instances the edition from 2005 still in common use. The older versions are not only lacking in functionality — they’re also highly insecure.

Could such companies upgrade to newer versions of SQL Server? Absolutely, but they really shouldn’t, because that would be needlessly fighting progress. Cloud storage is both the present and the future, and Microsoft is eager for customers to make the move to alleviate support demand, use resources more efficiently, and generally achieve better results.

This is why you should migrate them to Azure. It’s an easy sell if you have customers facing an end of life/support scenario and they’re already invested in the Microsoft ecosystem, whether making extensive use of Microsoft 365 or just looking for easy integration with business installations of Windows. It is also by far the best option if they are looking to move from a Microsoft SQL Server.

Beginning a customer’s migration to the Azure cloud can be daunting. However, that is what our intY Azure pre-sales engineers are here for, to help you through the migration journey. When we start any Azure migration project, we use Microsoft’s tried and tested methodology to map out the migration phase into the following:

To demonstrate what an assessment phase could look like for a migration, Tom Button our Azure presales engineer has provided a fictional case study of a company, Button Beer Co, looking to migrate their physical Windows 2008 R2 server to the Azure Cloud.

Locations: Bristol and partnered through Waitrose, Sainsburys and Ocado.

Established in 2009, Button Beer Co. is a boutique manufacturer of craft beer. Despite the company seeing year-on-year increased revenue and margins the business is facing competition from other local beer manufacturers. Button Beer Co. is currently utilizing Windows Server 2008 R2 within their own local datacenter and is looking to migrate to Azure due to the upcoming end of support date in January 2020.

Assessment and audit of BBco. and their current technical landscape, followed by the migration of a Windows Server 2008 R2 to Azure. intY’s Pre-Sales team have suggested the following migration process: Assess, Migrate, Optimise, Secure & Manage to perform a seamless and successful migration project. 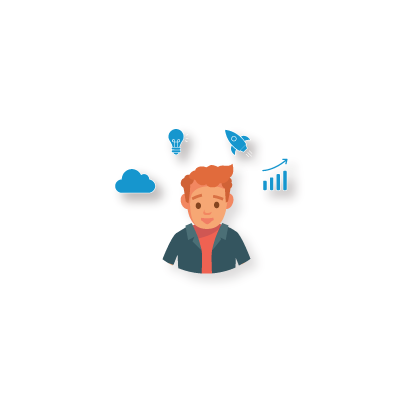 Microsoft recommends that you split this phase into four key components, we choose to do this in the following order:

In the Assessment phase, our presales team always focuses on those four components. We will take a deeper dive into each of these individually as part of the BBco project.

Migrating to the Cloud for most businesses is a full digital transformation, and the key to any successful digital transformation project requires sponsorship. We recommend that the key individuals involved on this project are CTO, Project Sponsor, Head of Internal IT, Cloud Architect, Compliance Specialist, Systems Administrator and Security and Compliance Officer. Once assembled you will have your cloud migration dream team.

Representation and engagement from both IT and the departmental business owners during the assessment stage lead to a smoother, faster cloud migration that meets everyone’s goals, not just IT.

The Total Cost of Ownership calculator is a tool we use in every migration project. With BBco specifically, we would use this tool to evaluate the potential cost savings of migrating to Azure by comparing the total cost of ownership for Azure with their on-premises set-up.

TCO calculators cost saving if the customer migrates to Azure

Cost for On-premise server vs Azure VM Over 3 Years

Example of Cost Over Time for Each Solution

We’d need to compile an inventory of the physical and virtual servers in BBco’s environment and (in this hypothetical case), as a result we discover that BBco hold:

Once we’ve determined that they are Azure compatible we turn our focus to the company becoming ‘Cloud Ready’ by mapping out their current infrastructure, their network set-up and often missed fundamentals such as their bandwidth per user, all of which contributes to a ‘Cloud Ready’ state. ​

To confirm BBco’s ‘Cloud Ready’ state, we would look to identify the replication tool(s) that we’d use for this project. To do this we utilize MAPTK (or Microsoft Assessment & Planning Tool Kit) which is a Microsoft tool that simply tells you what tools are best to use for your imminent project.

Once we’ve aligned which tools we would utilise we could begin planning the finer details, such as:

From our findings in the discovery phase, we’d decide to take the following project actions on the existing applications on the two servers in question.

Firstly, we would build out a new Domain Controller within Azure (as opposed to migrating the existing on-premise one). We would agree on this course of action because although it is possible to migrate a DC to Azure using Azure Site Recovery Manager, BBco would subsequently be forced to migrate everything at once as opposed to migrating in stages, which gives them the opportunity and flexibility to keep their services up and running.

Secondly, we would migrate the Sage application to Azure, utilising a VM (Virtual Machine) to do so.

To help you with your Assessment phase we have given you a couple of deliverables you should aim to have, to put you in the best position to migrate your customers to the Azure Cloud.

A clear list of computers and servers in use.
Determine Azure compatibility.
Select a replication tool (when using Site Recovery Manager, the Microsoft Assessment & Planning Tool Kit can identify the best option).
Review the network setup.
Estimate the required time (2+ days for up to 25 servers, +1 day for every 10 extra).

We hope that our hypothetical assessment has given you the confidence to start the conversation with your customers about migrating their physical server to the Azure Cloud.

Being able to quickly respond to changing situations is essential for any business. That’s what attracts many customers to Microsoft Azure — they only pay for what they use. But with intY’s help, you can strike a fine balance between flexibility and stability for your customers.

You have a great opportunity with Windows Server 2008 reaching the end of support to scope out some possible opportunities with your customers.

Want to Learn More?Partner Up

To unlock more information on the Migrate, Optimise, Secure and Protect phases, partner with intY today to access our Azure Pre-Sales team.

intY is an award-winning pioneer for the distribution of cloud services from the biggest cloud software vendors in the world. So if you’re looking to become a partner, and want to have a chat before signing up, fill out the form below and we’ll get back to you.